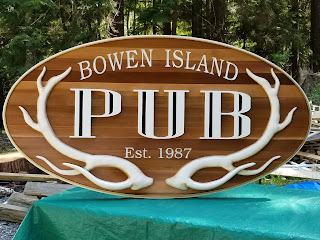 The new Bowen Island Pub sign, made in collaboration with Sea to Sky CNC 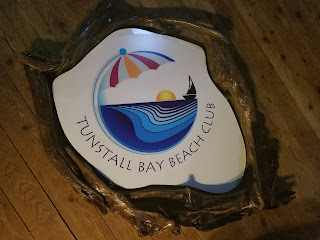 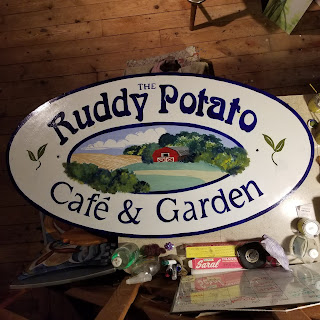 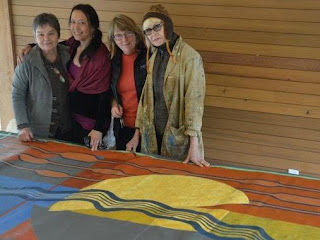 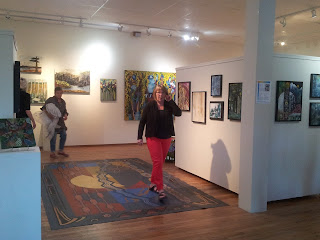 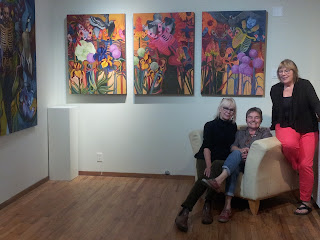 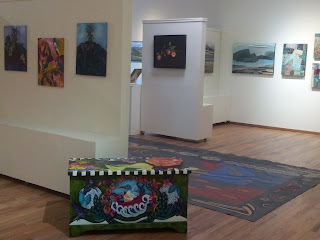 On the afternoon of August 2, 2013, Gregory Clive Cope peacefully slipped away, surrounded by loving family.  Greg had fought for over a decade against Wegener’s vasculitis, ankylosing spondylitis  and a recent cancer diagnosis,  and was determined against great odds to the end, to return home to Bowen island.


Greg and his younger sister, Jenifer began visiting Bowen from an early age, staying throughout the long summers in a cabin built by their great grandfather on Government Road. Greg was an avid and gifted athlete, who from an early age garnered many awards in soccer & basketball, and played all sports with fervor, including tennis,  bowling, waterskiing, snooker, ping pong, badminton and golf.

Following high school, Greg set out on an epic adventure, determined to see the world. He worked on freighters from Vladiovostok, to Singapore, Japan, Australia, South Aftica and throughout the Mediterranean.   The highlight of these tours  was always Shoreleave:  be it  a Formula One race in Monaco, a bullfight in Spain, or Rugby in France and everywhere he went, European football. Eventually, he left the ships, to marry in Norway  and start a family.  After several  years, they came to Canada  and Greg enrolled in the Vancouver School of Art. At times working 2 jobs at night to support his young family,  he  graduated with honours in painting and printmaking.

Greg eventually took up full-time residence in the family cabin, where he painted & photographed, with the constant background of football, hockey and baseball  games, especially those of his beloved Dodgers.  He enjoyed travelling, and made numerous painting trips to Mexico and the Baja.

In 1982, Greg took a job with Chrisholm, a private charity, caring for young boys with learning disabilities. Needless to say, the boys adored Greg, and together they went on many misadventures including frequent trips to Bowen where they delighted in riding the ferry, visiting the baseball field and discovering forbidden treats at the BowMart . One of the many funny anecdotes from this time, began when Greg decided to introduce the boys to public transportation. Heading out, he followed their bus in the Chrisholm van but was unexpectedly left behind at a traffic light. Upon reaching the rendezvous, he realized with horror that the boys had missed their stop,  and had continued on down the road. Greg was obliged to sound the missing child alarm, and when asked which child was lost, replied ‘All of them!’.

Historically, Bowen has hosted baseball games at the Snug Cove baseball field. In the early 1980’s, Greg and his longtime friend, Lary Waldman decided the island needed a Tournament-style team that would travel  to competitions  throughout the province. A small ad was posted in the Undercurrent, and more than thirty eager players showed up. So began the Bowen Sluggers.  Out of this nucleus of players, the Fast Pitch Softball League eventually formed  and  is still thriving today.

As Bowen grew,  Snug Cove began to change.  Greg recalled lazy summer days as children, when they would dive off the wharf between sailings, and curl up on the sun-warmed asphalt of the main road to dry off. His desire for solitude and uninterrupted time to paint finally led Greg to sell the family cabin and move farther up the slopes of Mt.Gardner.  He continued to play ball, and was inducted into the Bowen Baseball Hall of Fame in 1995 before exchanging his baseball cleats for golf shoes. Posthumously, the Bowen Men’s Fastpitch League re-named their trophy  ‘The Greg Cope Sportsman of the Year’ in his honour.

A lifelong supporter of Real Madrid and Manchester United, Greg would frequently rise at 3 or 4am to tune into live broadcasts. He could also be found in the Cove early mornings or after work,  picking up ManU supporters,  so they could cheer on their team together. Over waffles, or with wine and cheese, those were special times shared with good friends.

For many years, Greg worked as a housepainter on  Bowen and up the coast. At many a remote waterfront house, he would hone his golf game on the beaches in his spare time, laying out championship courses among the driftwood and rocks at low tide. He was delighted when the Bowen Island Golf Course became a reality, and shared many enjoyable rounds with his family and friends. The Bowen Island Men’s League has renamed their Old Buzzard Cup, ‘The Greg Cope Memorial  - Buzzard Cup’ .

Greg’s passions in life were totally consuming and totally satisfying. He attended to all things honestly, openly and with all his heart. His sense of humour, his quiet dignity and his enduring love for his friends endeared him to all of us. He will be missed but he has finally come home.

Greg is survived by his loving wife, Coral Louie;  his younger sister Jenifer;  his very dear children, son Trond Trondahl and daughter, Susan Kowalchuk; and by his grandchildren of whom he was so proud: Remi, Ronja, Rikard, Robin and Rikke of Fevik, Norway; and Christopher and Alexandra of White Rock, B.C.  In lieu of flowers, donations in Greg’s memory to the B.C. Cancer Agency,  the Bowen Island Volunteer Fire Department or the Bowen Island Arts Council  would be appreciated.

A diversion into the Faerie Fen. Oil on canvas 8"x8" 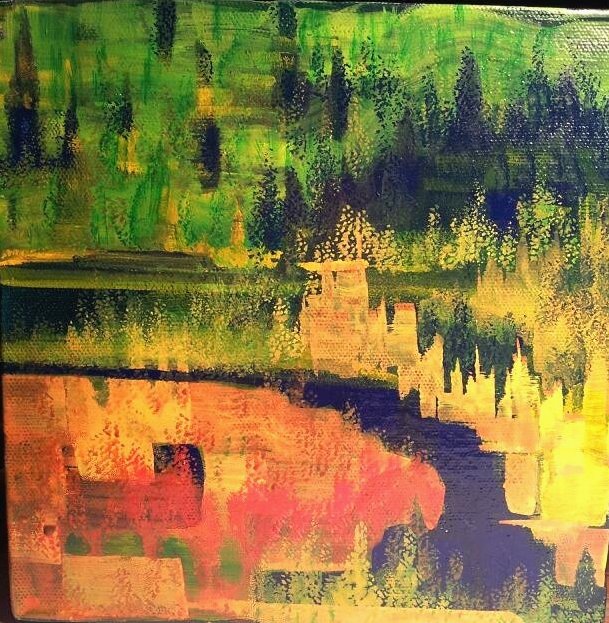